Prairie Canada: A 'superprovince' plan will be announced - GreenTech

Prairie Canada: A ‘superprovince’ plan will be announced 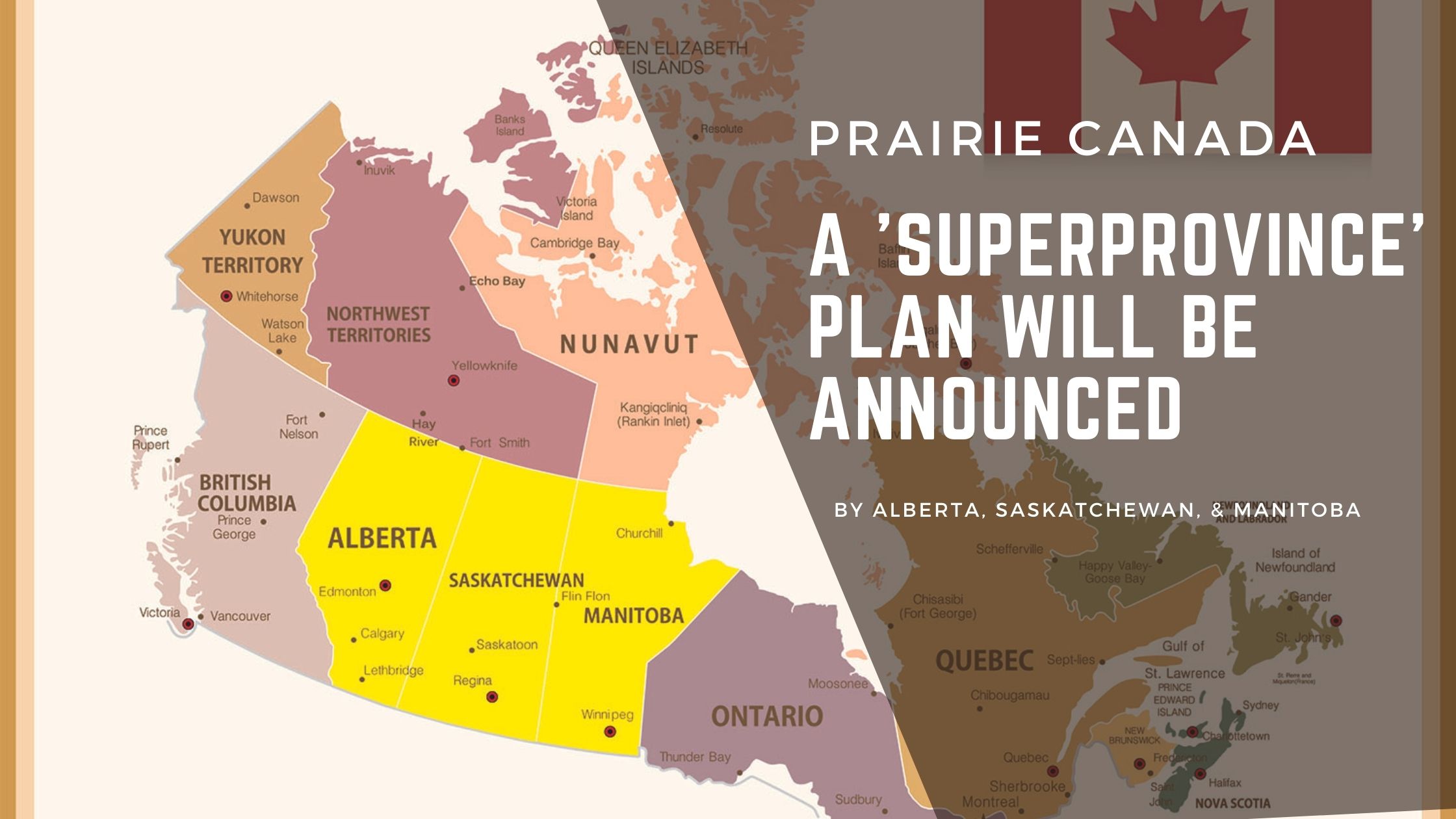 Prairie Canada: A ‘superprovince’ plan will be announced

Prairie Canada: A ‘superprovince’ plan will be announced by Alberta, Saskatchewan, and Manitoba.

A ‘superprovince’ plan will be announced

Alberta, Saskatchewan, and Manitoba appear to have chosen to form Canada’s first’superprovince’ after years of deliberation. The new plan, which will be revealed later today, highlights a number of concerns that the provinces believe should be addressed jointly.

First and foremost, there is the population. There is rising worry in the middle provinces that their population does not match the supposed impact each should have on the country as a whole. However, by combining each province (Manitoba has 1.4 million people, Saskatchewan has 1.2 million, and Alberta has 4.4 million), the resultant superprovince will have a population of around 8 million people. It’s still less than Toronto’s population, but it’s a lot more than British Columbia and only slightly less than Quebec!

Next up is the size. The guiding light here, as with population, is that while the new superprovince isn’t the largest province in the world, it is nevertheless more than the sum of its parts. With Alberta contributing 662,000 square kilometers, Manitoba 648,000 square kilometers, and Saskatchewan 651,000 square kilometers, the resulting area would be somewhat smaller than Nunavut but larger than the rest of the country. “It’s not large, but it’s obviously significant enough,” a source close to the situation stated.

Prairie Canada: Infrastructure and the economy

Infrastructure and the economy are last but not least. According to the concept, the new superprovince would be similar to America’s ‘flyover States,’ focusing nearly entirely on producing tourism and sightseeing. A new ‘year-round Stampede,’ a theme park/heritage village/hockey rink with the working moniker of “The Pride of the Prairies,” and, of course, the Mall of Canada have all been mentioned in relation to this aspect of the proposal.

A few names are planned to be included in the scheme. Canadoitbetter, Alsaskitoba, and, of course, Mid-Land are among them. However, word on the street is that getting the Tolkien estate to sign off on such clear Lord of the Rings connotations has been difficult. Plus, proponents of the proposal have expressed reluctance to do so, claiming that “some of their children’s friends have disparaged the phrase.”

The plan does, however, state that the new name, as well as a prospective capital for the new area, will be selected by popular vote. We anticipate heated competition, since residents of the various communities will be permitted to vote many times to demonstrate their commitment to the opportunity.

And what about a schedule? Nothing is fixed in stone, after all. The superprovince would come together “after everyone of Canada is on the same page regarding that problem,” according to a source close to the situation, but refused to clarify. Folks, it could take a few years.