What is AIPP? - Canada Immigration - GreenTech 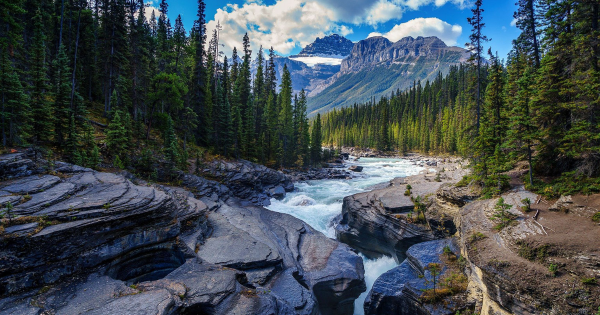 Are you planning to move to Canada? If so, the Atlantic Immigration Pilot Program could be your solution. This program will allow for easier immigration into Canada by making it possible for applicants who are not Canadian citizens or permanent residents of Canada to apply online. The new system is expected to help expedite processing times and reduce application costs. With this faster route, you can soon call yourself a proud Canadian. Read our article below for more AIPP program details.

What is the AIPP meaning?

The Atlantic Immigration program was initially launched as Pilot in 2017 but soon went on to become a regular stream due to increased interest. The Atlantic Immigration Pilot Program (AIPP) is a three-year pilot project beginning in 2017. The program represents a partnership between the Government of Canada and the Atlantic provinces and is designed to respond to the unique challenges facing Atlantic Canada. The pilot is open to eligible employers who commit to supporting the delivery of settlement support to sponsored immigrants and their dependent family members. Through this pilot, employers can assist in ensuring up to 442 skilled individuals annually settle in the province and help grow the economy.

Who can meet the requirements for the AIPP program?

The AIPP is a government-driven program that aims to bring international workers into the region and provide them with employment opportunities. In general, you are eligible for this program if you are:

If you can relate to one of the three groups above, then you are one of the eligible individuals to get a permanent residency in Canada with the AIPP. Besides, this program has no age limit, which means many open opportunities for everyone.

Where is the AIPP available in Canada?

The four provinces that fall under the Atlantic program are:

What are the benefits of the Atlantic Immigration Pilot Program

Unlike other provincial programs the Atlantic Immigration Pilot is a faster route for immigration that lets employers in Canada’s four Atlantic provinces — Nova Scotia, New Brunswick, Newfoundland and Labrador, and Prince Edward Island — to hire foreign nationals for jobs they have not been able to fill locally. So that it comes with the benefits below:

How does the AIPP work?

Foreign nationals who are interested in applying should be able to secure a job offer from one of the designated employers in one of the four provinces. Employers that would like to hire skilled immigrants under the pilot program must apply to the province(s) to receive the designation. Employers with locations in multiple provinces will require a separate designation for each province they are planning to employ the applicant. There are three categories under the pilot. Applicants interested in employment qualify for any of the two following categories:

For both the first and second sub-streams, completion of high school education and assessment of educational credentials is a pre-requisite for the program. A language competency of the Canadian Language Benchmark (CLB) of level 4 is also needed.

Skilled individuals who have completed secondary school, and who have at least one year of intermediate-skilled experience, and an indeterminate job offer. A language test confirming a Canadian Language Benchmark of 4 or higher is required.

Individuals who have graduated from an Atlantic post-secondary program of at least two years in duration, and who have a job offer for at least one year in an intermediate or high skilled position. A language test confirming a Canadian Language Benchmark of 4 or higher is required. 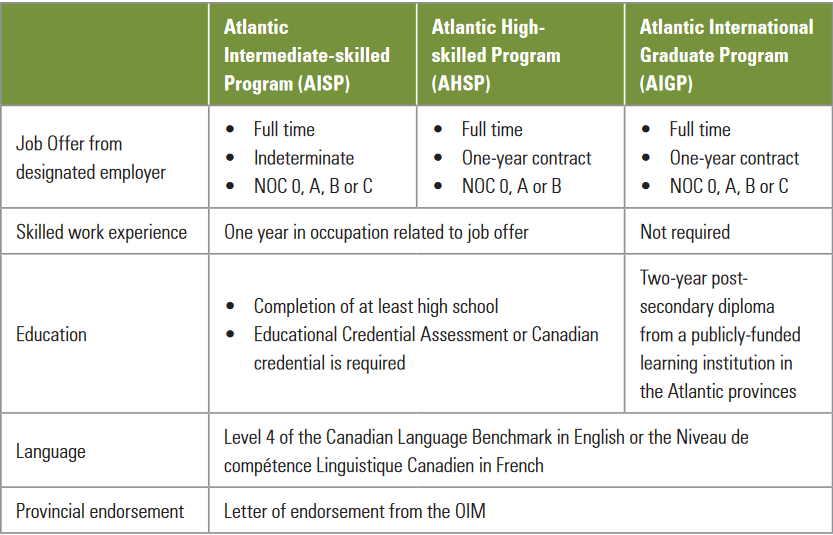 So what can we say about AIPP? It is the fastest way to get Canada PR if we compare it with Provincial Nominee Programs (PNPs)

A step by step guide of the AIPP application process:

Step 1: You apply for employment opportunities with Atlantic Canadian employers who have been designated by AIPP. Thankfully, all four provinces have now released complete lists of designated employers: CICcanadajobs

Step 2: With an offer of employment from a designated Atlantic employer, applicants will be able to begin the rest of the process. This will include collaborating in an endorsement phase with your employer, and the creation of a settlement package that will describe the personalized settlement services the candidate will receive once they arrive in Canada. For the next step, you will need these two documents:

Step 3: You go to https://aipp.isans.ca and complete the registration by creating an account and filling out the form with the documents above uploaded.

Step 4: You receive more instructions from an ISANS Intake Counsellor for the needs assessment session.

Step 5:  You will have a settlement plan consulted by the ISANS Intake Counsellor to share with your potential employer.

Step 6: At this step, you and your potential employer may proceed to the endorsement stage.

Step 7: If the province approves this, the candidate will receive a nomination and be able to apply federally for Canadian permanent residence. As well, they will be able to begin working in Canada with a work permit while they await the processing of their application.

Conclusion: If you are interested in immigrating to Canada, the AIPP program is a great option. There are so many benefits of this program that it might be hard to choose just one! Contact us today for more information on how the AIPP works and book your consultation with our immigration experts. You can apply online or by mail – whichever way suits you best! We’ll help guide you through every step of the process until they have received their permanent resident visa.

Want to know more about your options for Canadian immigration? Complete our online free assessment and a member of the Canadim team will be in touch with you shortly to discuss your eligibility.

14 Replies to “What is AIPP? – Canada Immigration”