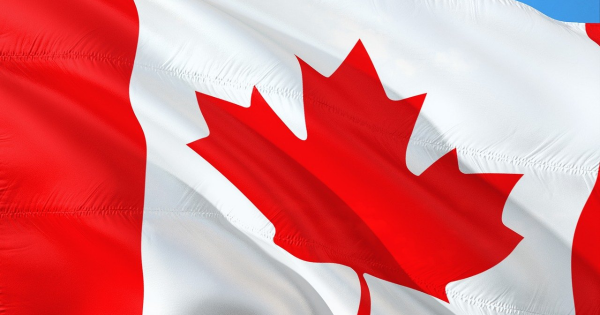 Post-COVID opportunities in Canada are what every job seekers and international students are eagerly waiting for! It’s been almost seven months since Canada closed for foreign nationals. Though we have seen Express Entry draws and PNP draws not like the way it is supposed to be on a normal time.

As a part of economic impact, Canada has recorded a record down graph in employment since February this year. The report says its 15.7% which is nearly 2 million jobs provided StatCan.

The same goes for the immigration process. Before this Pandemic Canada’s immigration target was 341,000 in 2020. But they have just been able to fulfill 128,400 in between Jan-Aug of 2020. Just in Aug Canada welcomed 11,315 new permanent residents which are well short of the nearly 31,600 immigrants it welcomed in Aug 2019.

Economically there’s no data but certainly, Canada is losing a huge amount. So far we all know Canada’s economy is primarily based on their immigration policies. Due to COVID19 Canada shuts its door to International Students and not allowing them to travel in Canada. Because of that, a large number of students who intend to study abroad were diverted to Europian countries like the UK.

How things are going on!

Now the things are changing as the lockdown lifted over the provinces post-COVID opportunities in Canada is growing gradually.

Canada took numerous efforts to overcome the situation. The facilitate International Students in many ways. From online classes and without affecting their post-graduate work permits.

What we have seen for the past few months Canada still working on immigration for those who applied electronically or with help of immigration consultants. Application for Express Entry or Provincial Nominee Programs never stopped. Even during the COVID19 lockdown period Immigration, Refugees, and Citizenship Canada (IRCC) was working and accepting online applications for immigration and work permits.

According to Mendicino “Welcoming more newcomers will help to address the demographic challenges of an aging population and to compete and win in a competitive global marketplace.”

Indeed, the coronavirus pandemic has placed the country on an unexpected detour that will have repercussions for decades, according to analysts

“We need to be thinking about how we can turn our immigration system back on. We can’t just go into this turtling, not letting people in, because it’s such an important piece of our growth,” Andrew Agopsowicz, a senior economist at RBC Capital Markets, said.

International students now compose 25 percent of the University of Toronto’s student body. If 20 percent decided not to study in Canada this year, the university could see a $200-million funding shortfall in a $3-billion budget.

The latest research on the global population decline predicts Canada can be a prominent immigration hub in the next 80 years.

Immigration policy helps Canada to become one of the largest economies. Canada’s current openness to immigration must continue if the country wants to maintain one of the world’s largest economies for the rest of the century, according to a new study projecting global population and economic trends between now and 2100.

It forecasts that the global population will peak in 2064 at 9.73 billion people. By 2100 – less than two generations later – that number will be nearly one billion lower, and nearly three-quarters of the 195 nations included in the study will not be producing enough children to maintain their workforces.

So far we can see from various analytics and research that Canada needs immigrants to continue their economy. Now the global population decline also plays an important part in it.

Measures were so far taken by the Govt. ?

Canada is trying hard to make things normal as they have already done a few changes in their usual policy. Early this month IRCC announced that those who are in visitor visas within Canada can apply for the work permit. That makes sense as offices and shops are opening the shortage of workers will be there as well as people in visitor visas can’t bear their living costs within the money.

The CERB gives financial support to employed and self-employed Canadians who are directly affected by COVID-19. If you are eligible, you can receive $2,000 for 4 weeks (the same as $500 a week).

Now it has ended so people need work to continue and we’re GreenTech Resources working on it to provide workforce and make the economy back to normal. To make it easy we’re soon about to launch a job portal that will give Job seekers and Employers a perfect platform to communicate.