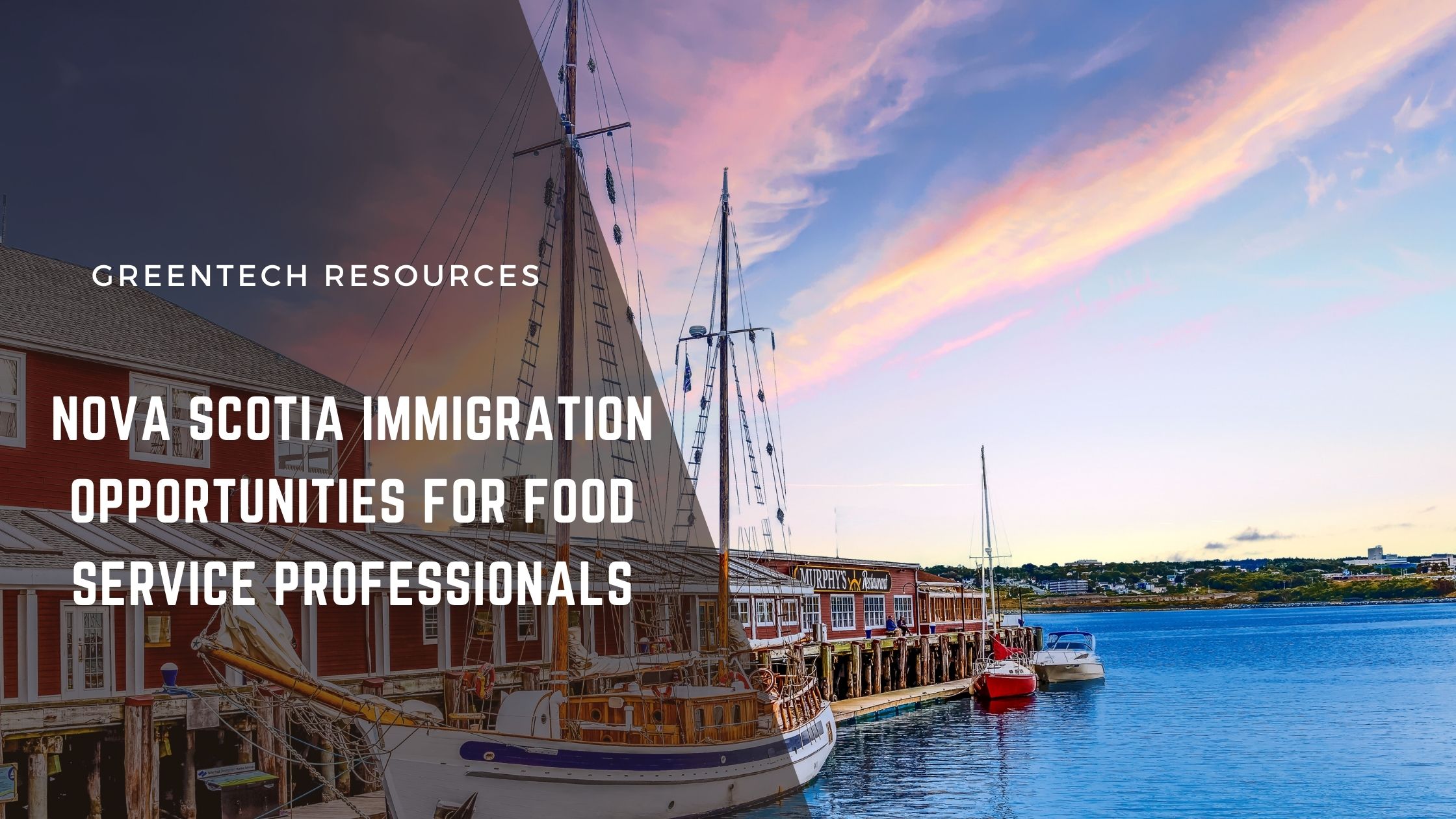 Food and beverage employees are now able to apply for the Occupations in Demand PNP in Nova Scotia.

The pandemic had a significant impact on the restaurant business. As a result, Canada has been facing labor shortages in the food service industry. The Nova Scotia province is no different.

To address the problem, Nova Scotia expanded its Occupations in Demand immigration stream to include three additional qualifying occupations. They are arranged in alphabetical order by National Occupational Classification (NOC) code:

Employers will be allowed to recruit these individuals without first doing a Labour Market Impact Assessment (LMIA). The individual will not be needed to work for the firm for six months before applying to Nova Scotia’s Provincial Nominee Program (PNP), according to the media release.

“We’re happy to welcome newcomers who can help companies fulfill their labor demands while also growing Nova Scotia’s population,” said Jill Balser, Nova Scotia’s immigration minister, in a statement. “Our economy relies heavily on the tourist, food and hospitality industries.” These improvements will assist these companies in recruiting the people they require in order to prepare for a busy tourist season.”

Nova Scotia’s population has reached an all-time high of 992,055 as of July 1, which the province attributes to increasing immigration.

Nova Scotia immigration: Requirements of the Occupations in Demand stream

To apply for a Nova Scotia provincial nomination under the Occupations in Demand stream, you must have a full-time work offer in one of the below occupations:

You must also have at least a year of relevant job experience and be between the ages of 21 to 55.

A high school graduation is required, as well as the necessary training, abilities, or accreditation for the position. You must demonstrate that you have at least a Canadian Language Benchmark (CLB) Level 4 in English or French, even when it is your first language.

You will also need to demonstrate that you have the financial means to settle in Nova Scotia.

The Nova Scotia PNP application form may be found on the government of Nova Scotia’s website.