Top 12 Canadian Immigration Challenges Every Newcomer Has To Face - GreenTech

Top 12 Canadian Immigration Challenges Every Newcomer Has To Face 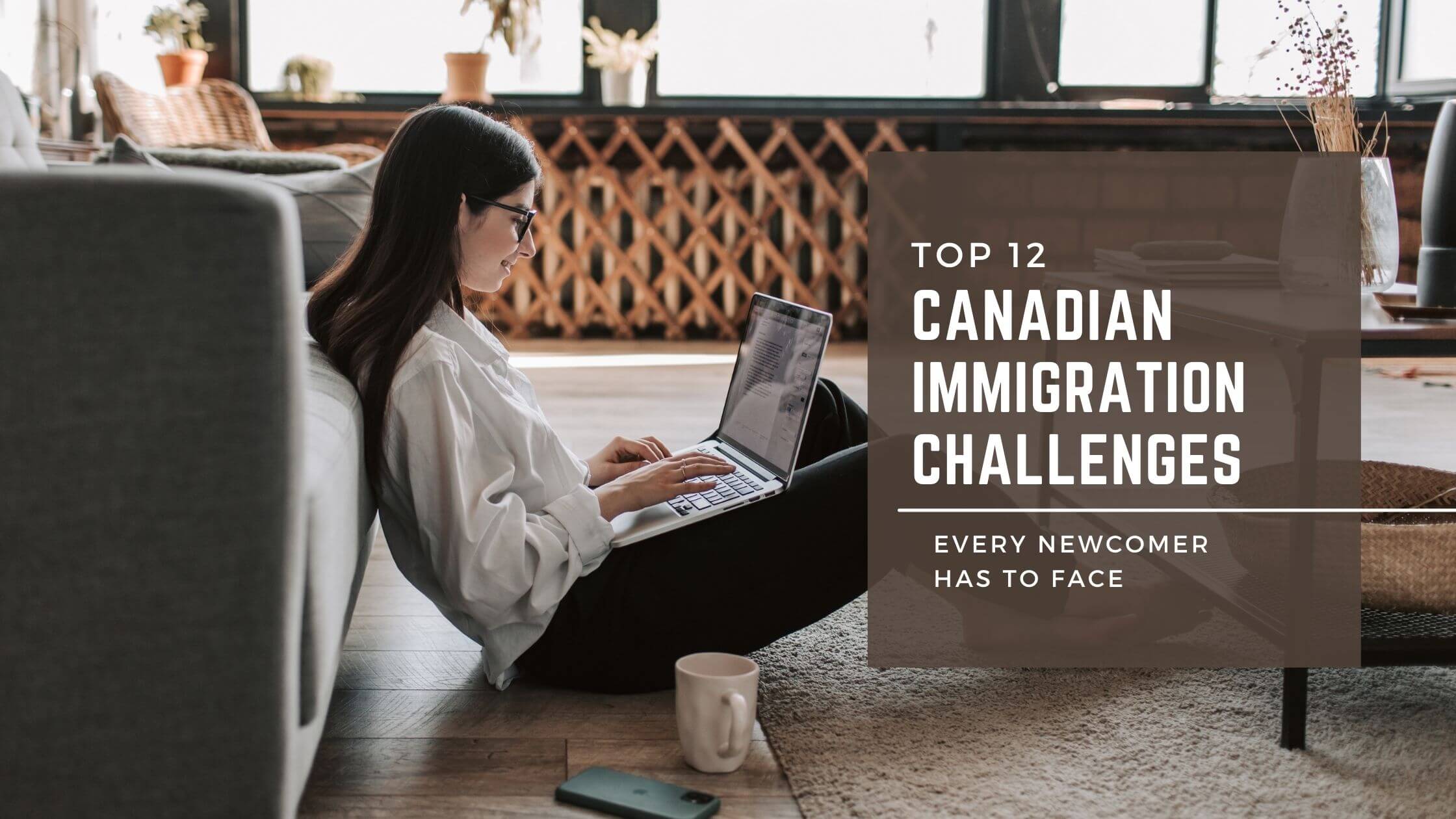 Top 12 Canadian Immigration Challenges Every Newcomer Has To Face

If you are considering immigrating to Canada, it can be worth reading this blog post. It contains some helpful advice about the particular challenges that can arise when moving to Canada and can help give you an idea of what you will face during your immigration journey.

What are the challenges immigrants face in Canada?

The difficulty of finding a job in Canada

The most significant challenge for most people who move to Canada is finding employment opportunities that match their skillset and experience. There is a very strong demand for skilled workers all across Canada poor, but there aren’t always enough applicants with the right qualifications or experience.

This can lead to job prospects for those who have migrated to Canada looking for work. This can be frustrating and discouraging and can leave many people feeling very disillusioned during their immigration process.

It is a lot easier to settle in Canada if you can use your existing knowledge and skills in Canada, but can be particularly difficult when overseas qualifications don’t have the same credibility in Canada.

English or French is required for most Canadian jobs. In fact, it can be one of the main requirements for a job description. In some cases, you can get around this by doing what’s called an “official equivalency assessment,” where they compare your education from your country with that from Canada to see whether they are at least equivalent.

However, this can take several months to complete and sometimes doesn’t work out favorably for applicants hoping to immigrate to Canada.

Lack of resources, including lack of access to public services and social programs

Canada has a very different system when it comes to healthcare, education, and even social assistance in comparison with other countries.

For example, Canada offers free healthcare through the Canadian national healthcare service. However, without a Canadian work visa or Canadian citizenship, people who have moved to Canada may not be able to take advantage of these services.

There could also be problems accessing particular public services if you move from one province in Canada to another where they have different rules for immigration status and residency requirements.

In addition, undocumented immigrants are unable to receive welfare funds from the government. means that many newly arrived migrants struggle with Canada and can’t afford basic necessities.

One of the biggest difficulties faced by those who move to Canada is finding suitable accommodation – especially those who can’t access Canadian work visas or residency cards.

There is a lot of demand for rental properties across Canada, but few places where people can access them without Canadian citizenship or Canadian work permits.

It can also take some time before an immigrant to Canada will be able to receive social assistance from the government due to immigration status, and this makes it difficult for migrants to cover their living costs until they find employment or another source of income.

As such, many cannot even afford basic essentials like food and heating during this period which can make life very difficult for them.

Getting used to the cold weather, including snow and ice

Canada can be very different with regards to the climate in comparison with many other countries. The Canadian climate can often be very cold during the winter months, with high levels of snowfall in some parts of the country.

This can make life difficult both inside and outside the home and can take a lot of getting used to if you have just moved from a warmer country where it doesn’t get so cold.

Even things like driving can be more complicated because of this – especially if you don’t know how to drive on icy roads or need winter tires for your car!

In order to obtain a Canadian driver’s license – which is required for driving around Canada – you need to be at least 16 years old.

In addition, even if you have an existing European license, this will not automatically translate into a Canadian one. Instead, you will have to do a full test.

Similarly, owning a car isn’t always easy without Canadian citizenship or permanent residency since cars are very expensive in Canada, and Canadian insurance is required for all cars on the road.

Even then, Canadian roads can be very different from home with regards to driving style and it can take a while to become fully accustomed to this.

Even though Canada has laws against discrimination based on race, ethnicity, or religion – these laws aren’t always followed by everyone in Canada there.

In fact, have been cases of immigrants being discriminated against because of their immigration status even after they become permanent residents of Canada.

This could involve anything from people assuming that they are undocumented workers because they have just arrived in Canada to having problems finding work or getting certain jobs due to racial profiling. This means that many newly arrived migrants often can’t get Canadian jobs because of this discrimination.

Canada has its own unique culture and history, which can make Canada’s immigration process even more challenging.

It can be difficult for people to feel at home in Canada without knowing about the country’s values, perspectives, and social norms – especially if you aren’t able to engage with Canadian society early on during your time here.

This can mean that migrants don’t always integrate into Canadian society like they would like to – which can be frustrating after all of their efforts during the immigration process.

Learning the laws of Canada

Having knowledge of the Laws of Canada is essential for everyone living in this country since it enables them to understand how things work here Canada can be very different from many other countries.

For example, Canadian laws can often seem strange or unusual to people who have just arrived in this country because of cultural differences. Very few Canadians even know about all of Canada’s laws, let alone the fact that they can change.

This means that immigrants need to take steps during Canada’s immigration process in order to familiarise themselves with these rules and regulations before starting their lives here.

The immigration process can be even more challenging for those who move to Canada along with friends or family members.

In addition to having to deal with the same challenges as everyone else during the Canadian immigration process, it can also feel like you are being abandoned by your loved ones Canada can feel like a long-distance from family or friends can make the immigration process even more challenging.

Canada is often seen as one of the most multicultural and diverse countries in Canada can seem very different depending on where you live.

And since many people living in Canada immigrated here at some point during their lives, they can be unwilling to help migrants integrate into Canadian society new Canadians need access to social support systems and other community programs, but these services aren’t always available everywhere.

This means that it can sometimes take longer for migrants to become fully integrated into Canadian society – which isn’t always easy.

The immigration process is long and complicated

Canada’s immigration process can be long Canada can require a lot of patience and commitment from its immigrants.

And new Canadians may not have access to all of the resources they need during this time new Canadians can feel overwhelmed by everything that needs to be done in order to settle into their new lives here.

How to get immigration in Canada in an easier way

There are many immigration challenges in Canada to newcomers, but with the help of an immigration consultancy, most of your Canada immigration problems can be professionally handled. Click here to know more.

There are many challenges that come with moving to Canada. The language barrier, the lack of access to public services and social programs, finding affordable housing in Canada, getting used to the cold weather – including snow and ice, overcoming homesickness for one’s country of origin, and learning about Canadian culture & history can all be difficult tasks.

It is important not only to find a job but also to integrate into society as best possible. This requires time and patience; we hope that this blog post has given you some insight into how your new life in Canada might look like! We want you to succeed here so please don’t hesitate to contact us if there is anything else we can do for you!